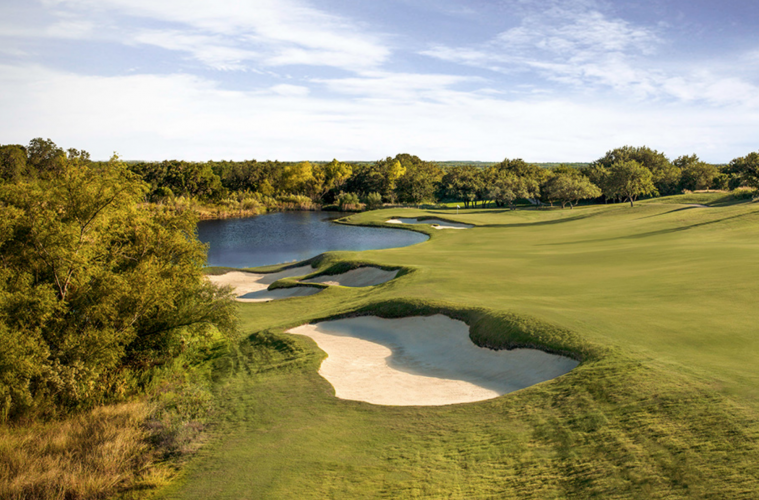 In under four years, Nebraska-based Dormie Network has purchased six golf clubs around the country featuring courses sculpted by some of the world’s most highly regarded architects.

The end goal is to create a network of as many as a dozen destination private golf clubs focused purely on the game and aimed at golf traditionalists.

“We met with Zach (Peed, president of Dormie Network) at Dormie Club about two years ago for a couple days,” said Coore. “He described his vision and what he hoped to do, not just with the golf course at Dormie, but with the entire network.”

At each of its clubs, Dormie Network has invested millions of dollars in capital improvement projects, currently at various stages of planning, execution, and completion. Construction on clubhouses, cottages, and maintenance facilities is underway; practice facilities are being redesigned and refreshed; bunker renovations are ongoing; and green complexes are undergoing complete restorations along with numerous other enhancements to play, aesthetics, and amenities.

Coore and Crenshaw’s Dormie Club is a walking golf course north of the Village of Pinehurst. The course was crafted into more than 300 rolling acres of land, and features 100-foot elevation changes, two natural lakes, and hardwood and pine forests. Dormie Club was the first new golf course opened in the Pinehurst area since 1996.

Golf’s most acclaimed architectural duo incorporated numerous old-school design features such as reachable par-4s, wind tunnels, and a 241-yard reverse Redan par-3, as well as an impressive collection of natural-looking green complexes and bunkers that are remarkably varied in size and shape.

When it opened, Dormie Club was ranked No. 3 in the United States among Golfweek‘s best new courses.

This summer, Dormie Club will undergo substantial bunker and cart path work. The club will also see the addition of a full-service clubhouse and a new maintenance facility. Given the network’s value to traveling executives, overnight accommodations are a key component of its business model, ensuring that members and guests have the opportunity to relax, retreat, golf, and entertain colleagues and clients at clubs all over the country. Dormie Club is no exception, with the construction of on-site accommodations slated for the upcoming year.

“Dormie opened during the (economic) fluctuations that were occurring around 2007 through 2009,” Coore said. “So it had a sort of fitful life right to that time. We were always so proud of the golf course and so happy with it, but there were parts of the golf course that were never quite finished.

“Most people would not recognize that — they’d go out there, see it was a nice piece of property and a nice golf course, and they’d have a good time. But (Dormie Network) knew that we thought there were a few refinements that could be made and some polishing touches — things that we had hoped to do initially — none of it major, just a list of some refinements and things we hoped to do and they wanted us to do.”

Dormie Network’s other Coore & Crenshaw course is another of its designer’s favorites. Located just outside Atlantic City and a short drive from Philadelphia, Hidden Creek Golf Club opened to widespread critical acclaim in 2002 — ranking No. 72 among Golf Magazine’s top 100 courses in the U.S.

“Ben and I are a little prejudiced, but we think (Hidden Creek) is a wonderful golf course, absolutely wonderful,” Coore said. “I think of that course with such positive feelings. We did Hidden Creek the same time as Friar’s Head on Long Island in New York. They were completely different properties and different everything else, but we thought both turned out to be really fine golf courses.

“When it comes to the feel and the whole personality and character of everything, from our perspective, Hidden Creek is a perfect complement to that area of New Jersey. Hidden Creek’s greens are very low-profile, with an old, almost Heathland-outside-of-London feel to them.

“It’s a subtle site, but it’s a wonderful site for golf, with pine trees and subtle contours, yet big enough to be interesting,” Coore said. “(Hidden Creek’s previous owner) allowed us to build a golf course and situate it so the golf came first, so the home sites or anything like that would never be intrusive on the golf.

“The golf course has been very highly received around the country. They played a United States Senior Amateur there several years ago, so it was very highly regarded by the USGA.”

Coore said Hidden Creek’s previous owner talked to him before he elected to sell the club to Dormie Network.

“Other people had offered to buy it, because it was a very attractive property and it was successful in terms of its membership and its operations,” Coore said. “They were looking very quietly, patiently for someone who might want to buy the club. But it needed to be someone they thought would treat it with respect, and carry on the tradition and the understanding of what Hidden Creek was created to be.

Coore said that in Dormie Network, they found the right steward.

“The (Dormie Network) vision is obviously very ambitious,” Coore said. “They are certainly putting together an impressive portfolio of courses, and the products they are putting forth are very, very good.

“Golf course owners and operations managers are all trying to navigate these uncertain waters and determine the best approach and product offering to make their version of the golf industry viable. Dormie Network is an extremely desirable concept.”