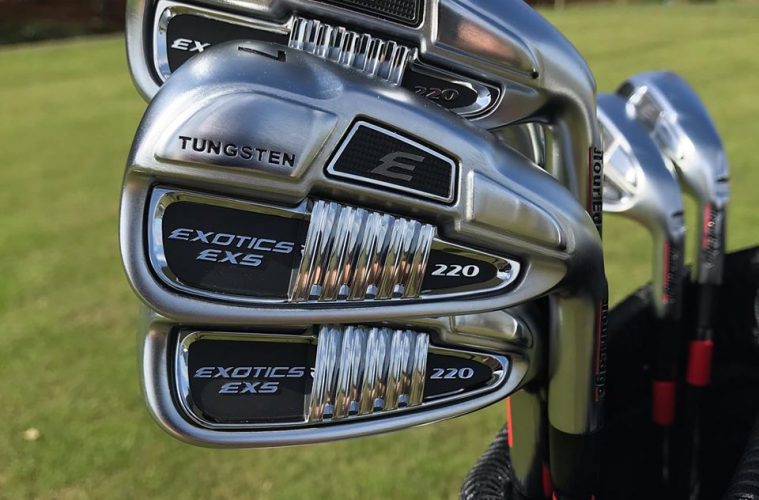 David Glod has seen it all in the golf industry. Glod, a former golf pro at Village Links Golf Club in Glen Ellyn, Illinois, was working out of his parent’s garage building and repairing clubs for the high-end clubs of Chicago.

It was a lucrative business for the aspiring high school golfer. He moved to a townhouse when he was 22 after playing college golf at Florida Southern and was building and grinding more clubs than he could handle on his own. A few garage fires — nothing serious — and a wad of cash later, the young entrepreneur started to believe there was an opportunity in the golf industry to provide a high quality product at an affordable price.

This led Glod to found Tour Edge, to lead the company as their President and to design his first golf club in 1987 and never look back. Today, Tour Edge is an American owned and operated company for more than 34 years. Tour Edge ranks in the Top 10 in every club category now in worldwide golf sales and is a 22-time winner on the professional tours.

Tour Edge has been a company that spends money on materials and not necessarily huge marketing dollars when compared to the behemoths of the industry. Glod likes to put everything he can in the design of the club for maximum performance without passing the buck of marketing and tour contracts to the consumer. 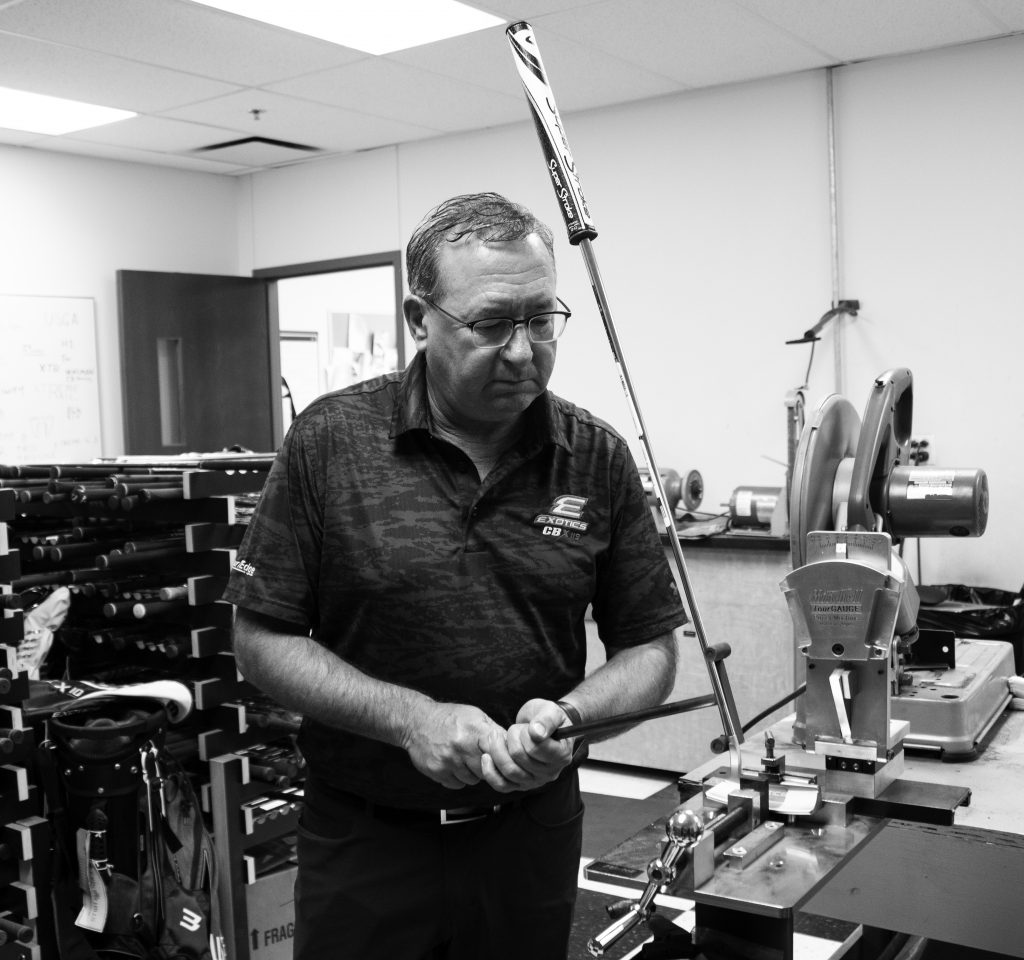 How much did the shutdown caused by the pandemic impact Tour Edge from both a sales and employee side?

We went into this thing on track to shatter every sales record, which would have been our fifth straight year doing so. But this year, with all the amazing new launches we had planned, it was going to be ridiculous growth.

Then mid-March happened. It was scary, but we stayed the course without any layoffs or pay cuts to our employees. We soon started to see the silver lining in that of any sport or industry, the pandemic was actually bringing new golfers back or to the game for the first time. We were positioned well to take advantage of that as the best bang for your buck golf clubs in the market place and with all the complete sets we do. 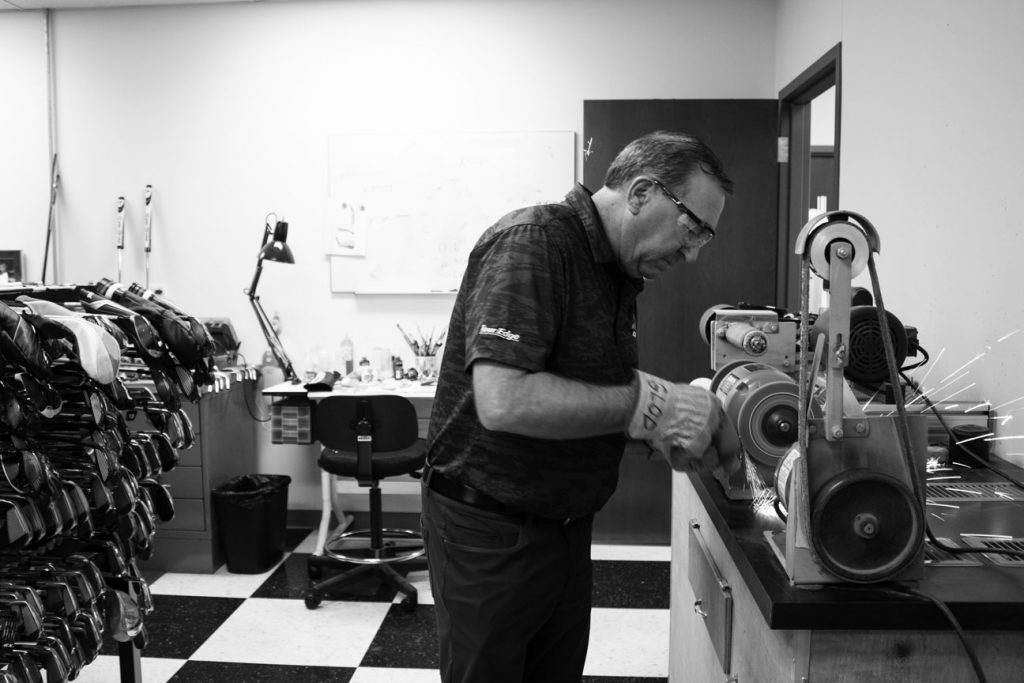 What was the biggest adjustment made during that period of time?

It was obviously a big deal for everyone. Our main source of income comes from our brick and mortar partners and by demo days and custom fitting. Proving to the consumer in person how we stack up and outperform the competition for less money is key for us.

With all the golf retailers closed for up to 60 days, it was the largest drop off we’ve ever seen in business. But when they opened back up, it was like a wildfire of demand that had pent up and we were ready.

Given the recent restarting — has there been impacts with getting clubs produced and ready to ship to customers?

We are already back to our unprecedented 48-hour shipments on custom fit orders, so that kind of lets you know where we are as far as getting caught up. When you can deal with all the orders coming in like they are, and on top of that guarantee an custom built order to arrive to anywhere in the continental USA in 48 hours’ time, it shows that we are all the way back.

It really helps that hand build all our premium clubs right here in Batavia Illinois, so we control our own destiny on how fast clubs can get built and get out the door.

Tour Edge has just brought forward a new club line– the EXS Pro. What differentiates this effort versus past club productions?

In June, we launched the new Exotics EXS Pro line as a complement to our EXS 220 line we launched at the PGA Merchandise Show in January.

These “straight from the tour van” clubs are Limited-Edition tour-prototype that are being offered in a small batch production of only 1000 pieces in the metalwoods and 250 sets of the irons.

Feedback from the Tour Edge professional staff and other PGA Tour players helped create features all new shapes, forward tour-level CG positioning and technology never-before employed by Tour Edge like our first adjustable sliding weight we call FlightTrack technology. The EXS Pro Driver, for example, was designed to be a low-spinning rocket for faster swingers seeking a more compact head with a deeper face, it’s testing at least 500 RPM’s lower in spin than the EXS 220 Driver, which is more forgiving with a higher MOI.

How does the EXS Pro differentiate itself from what your competitors are doing in a similar equipment category?

With the driver, it is a 440-cc club so not 460 cc like most other drivers. We just kept hearing out on tour that pros wanted a smaller head, that they could get around on the ball better with a more compact head. So, we listened. With the EXS Pro Fairway and hybrid, they are some of the vert few Titanium faced fairways and hybrids in the market. Titanium faces give us a lot of advantages as far as ball speed goes across the entire face.

We are not only as hot as a fairway metal at center face, but also extremely hot and forgiving in the extreme heel and toe. The CT drop from center to off–center is ~20% less than a comparable stainless-steel design as we can utilize the strength of the titanium to thin the face more in these areas.

The EXS Pro Hybrid is probably more iron-like than any other hybrid out there as well. It’s an anti-left, lower spinning hybrid that won’t balloon into the wind for faster swingers. That makes it a one-of-a-kind club 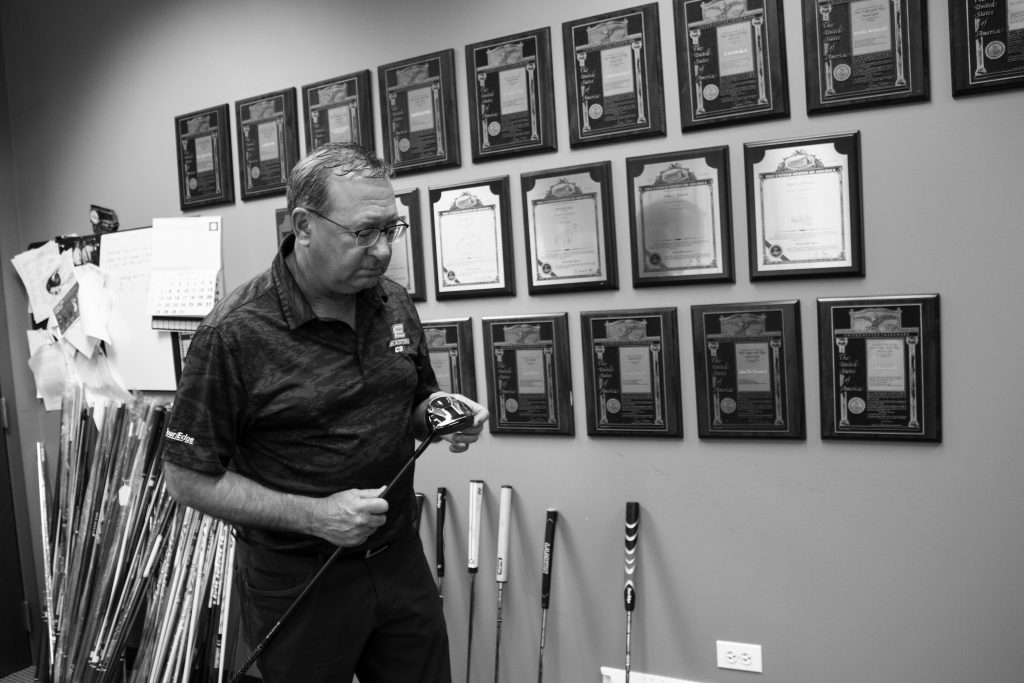 You’ve been in the golf equipment business for quite some time — what’s the major difference between when you started to where you’re at today?

34 years and counting! There’s been so much change since we started in 1986, I would say the biggest thing is who is still around. If you made a list of all the golf companies around in 1986 and who’s left, you’d be amazed.

We have now grown into a Top 7 or 8 companies in off-course overall and if you see some of these reports, we are the 4th best-selling metalwoods in golf and 5th in irons in units sold. It’s pretty incredible how far we have come.

There is so much messaging clutter today for consumers to plod through. What’s been key for Tour Edge in breaking through and getting your story told accurately and swiftly?

As I have long said, the proof is in the hit. It’s been key for us to advertise all the cool things that make us different in our new ad for Golf Channel that features our tour staffers Tour staffers Scott McCarron, Tom Lehman, Tim Petrovic and Duffy Waldorf. The spots focus in on our 48-hour custom shipping, the fact that hand building our clubs in the USA, offering golf’s only lifetime warranty.

That has helped with brand awareness, but what really wins the battles is when a golfer tries Tour Edge and sees how we perform and what the price tag is for that high level of performance. That’s the key for us and why our tag line is — Pound for Pound, Nothing Comes Close. 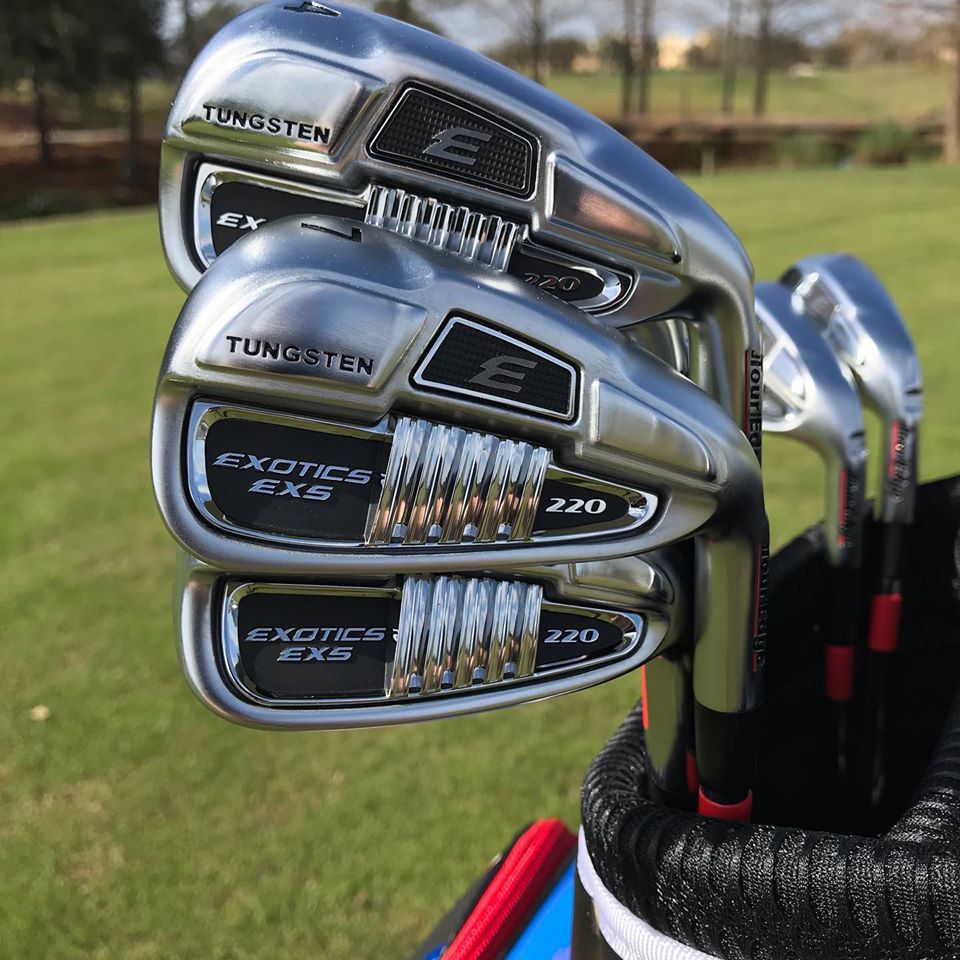 Given the ongoing need for social distancing do you see golf participation spiking, or will that surge simply be temporary?

I think this is long term. You have to give kudos to the golf course operators for being so welcoming to so many new golfers. More people are golfing as families and I don’t see any reason why that would stop now that they have started.

In a past interview you stated you’re always thinking about what’s next. Care to share your thoughts on what lies around the corner for the equipment industry specifically at Tour Edge and golf generally?

We have invested heavily in R&D over the last year. We now have the best swing robot and best CAD systems and new engineers with a ton of experience on the design team, we are able to go places we’ve never been before. You will be seeing more intricate and technically advanced products from us combining more multi-material designs to the mix. 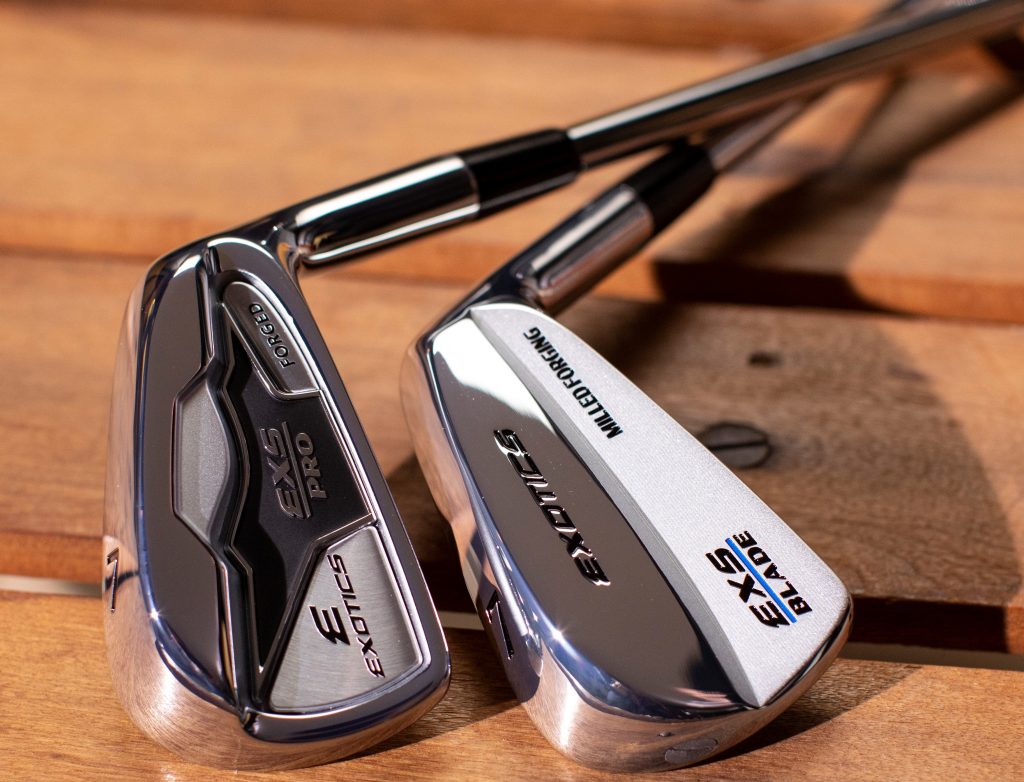 What brings you consummate satisfaction?

That would certainly be raising the level of our product performance and quality year in and year out. We do not launch a product until we are 100% delighted with it. Many of our craftsmen have been on staff with us for over 20 years, which helps to maintain our extremely high-quality standards. Being able to raise our game every year a little bit is fueling our extreme growth.