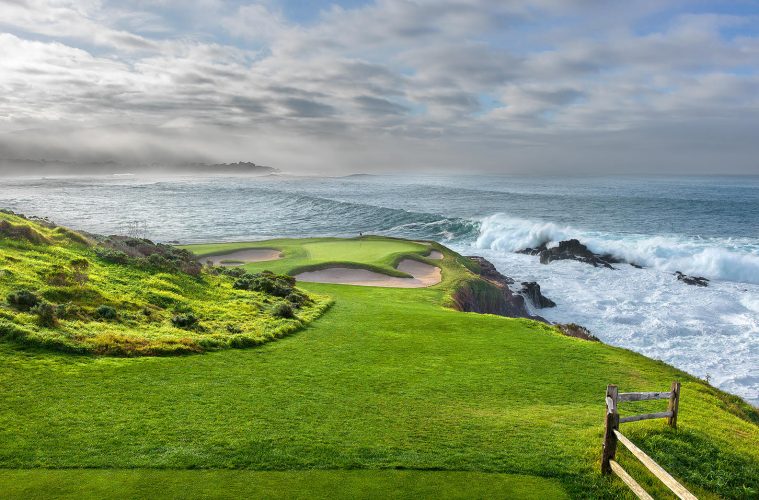 I have spent the last 25 plus years focused on building my business and reputation as a world class golf course photographer. As a former PGA Golf Professional I bring a unique perspective to every shoot and I am always looking to capture the nuance of a course, whether it be with stills or video, from the ground, a drone, a helicopter or a lift. Some of my recent shoots include extensive work at Bandon Dunes, Sand Valley, Pebble Beach, Twin Dolphin in Mexico, Hogs Head in Ireland, the Alotian Club in Arkansas, and Bel-Air Country Club in California.

It was 1986 and I had just played in the California Open at The Old Course at Mission Hills in Rancho Mirage, California with my friend Tom Patri. Someone recommended we go play a new course in La Quinta that had just opened and designed by Pete Dye. Turns out it was the Stadium Course at PGA West — the sister course to TPC Sawgrass. We tee’d off early avoiding the 120 degrees midday heat. As we walked down the 9th hole I was taken by the beauty of the scene in front of us — this beautiful par 4 with a bunker and water running down the right and a mountain behind the green.

It was at that point I decided to go home, purchase a camera and start taking it with me to tournaments. I would then take photos for fun, give them to friends and hang them on my wall. Several years later while working as an assistant professional at Westchester Country Club in New York, I was encouraged by Tom Patri, who also worked at Westchester, to put some photos in the pro shop for sale. I actually laughed at that prospect, not thinking my work was good enough for anyone to purchase. Well, I did. The photographs sold and I started selling at other area clubs and the next thing you know, I’m off and running.

You wake up in the morning — what’s the driving passion?
If I’m on a shoot, I can’t wait to scout the course and develop a game plan where the “best” shots are. I am figuring out the optimal time of day for the shot and the equipment needed to capture the perspective I envision. Of course, my job is very weather dependent and that keeps me on my toes. Every job is a real adventure that I really look forward to.

You played professional golf for a number of years — what was the deciding factor in opting to end that effort?

Not sure there was one deciding factor.  My desire to play competitively slowly faded away as I got interested in other things.  I think I got disillusioned with the life of a professional golfer and that unless you are really good, it’s a tough life.  And, I played some really good golf, just not what it would take to play on tour.

How did photography enter the picture — no pun intended?

My parents — both photographers but not professionals — gave me an instamatic camera when I was very young and I took it with me when we went on trips. I’d also take photos of our pets. Never did I think it would ever become a profession. However, it really kicked into gear on that day at PGA West.

How much of a factor does it mean to your efforts now as a photographer that you played golf at a very high level?

I think it means quite a bit. I’ve been around golf my entire life. I think playing golf at a high level helped me to develop my ability to see the nuances and intricacies of golf courses that have really  contributed to my work now as a photographer. It really helps to know golf, the courses, golf course maintenance practices, when shooting.

Biggest mistake people make when taking photos outside — especially golf ones is what?
They lack composition and light. By that I mean composing the photo so there’s a balance. Sometimes I’ll see a photo and it is all sky or all ground. I want to make the person viewing the photograph feel like they are standing next me and seeing the course from my perspective. 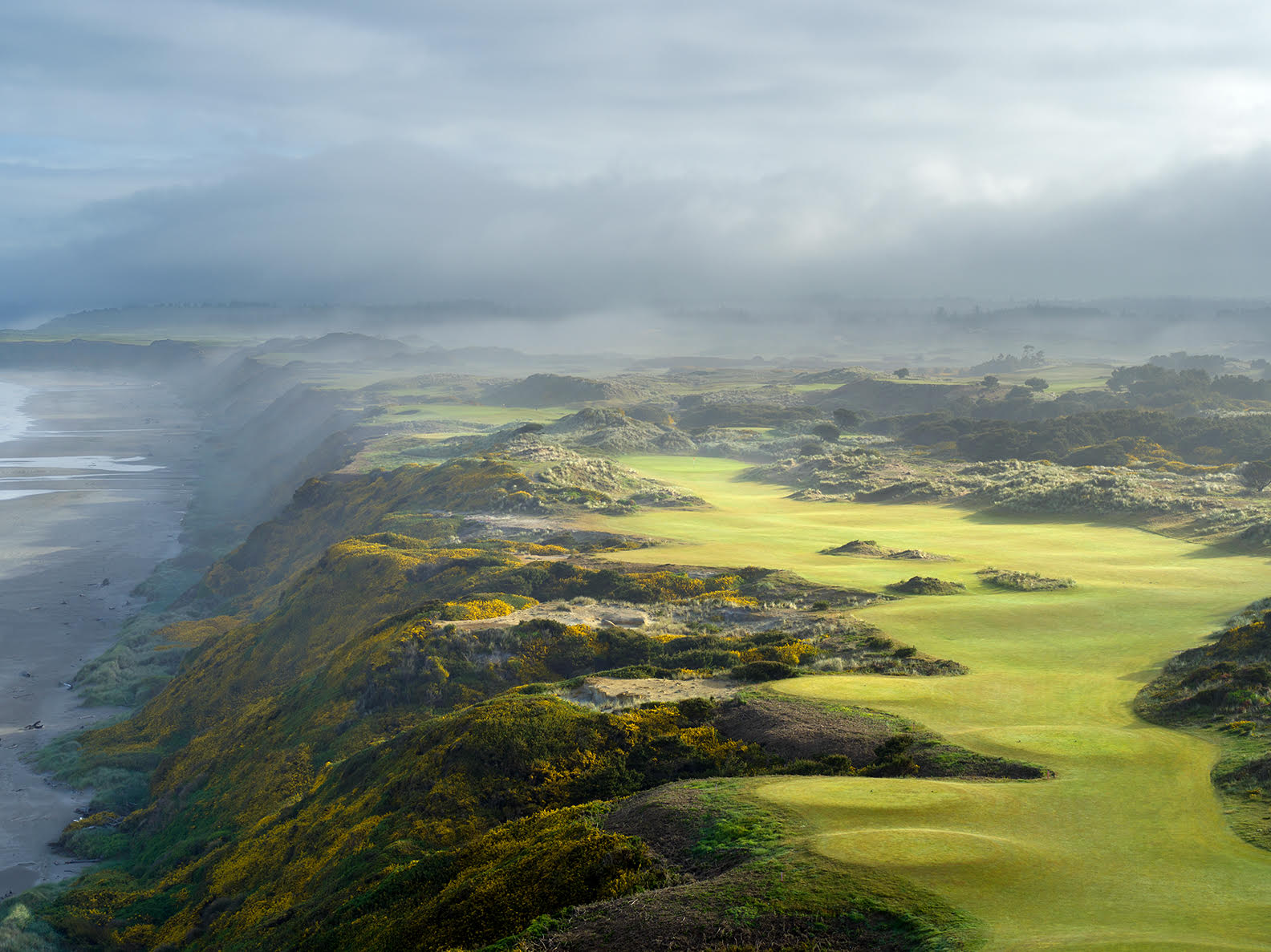 Of all the courses you have photographed — which were the most memorable?

Mammoth Dunes in 2017 but only nine holes of Mammoth Dunes were open for preview play. It just so happened David McLay Kidd, the course architect, was on property and wanted to meet me for the first time. He offered to take me on a tour, which I quickly agreed to. Some holes were finished, others just being grassed and a few still being shaped. He showed me each hole and what went into creating it and what he had in mind when it came to golfers playing it.  Getting David’s perspective gave me a deeper appreciation for golf course architecture and how the character of a course is established. David’s enthusiasm was infectious. In 2018 I returned to shoot the newly completed course using the knowledge David shared with me to capture his vision through my lens. 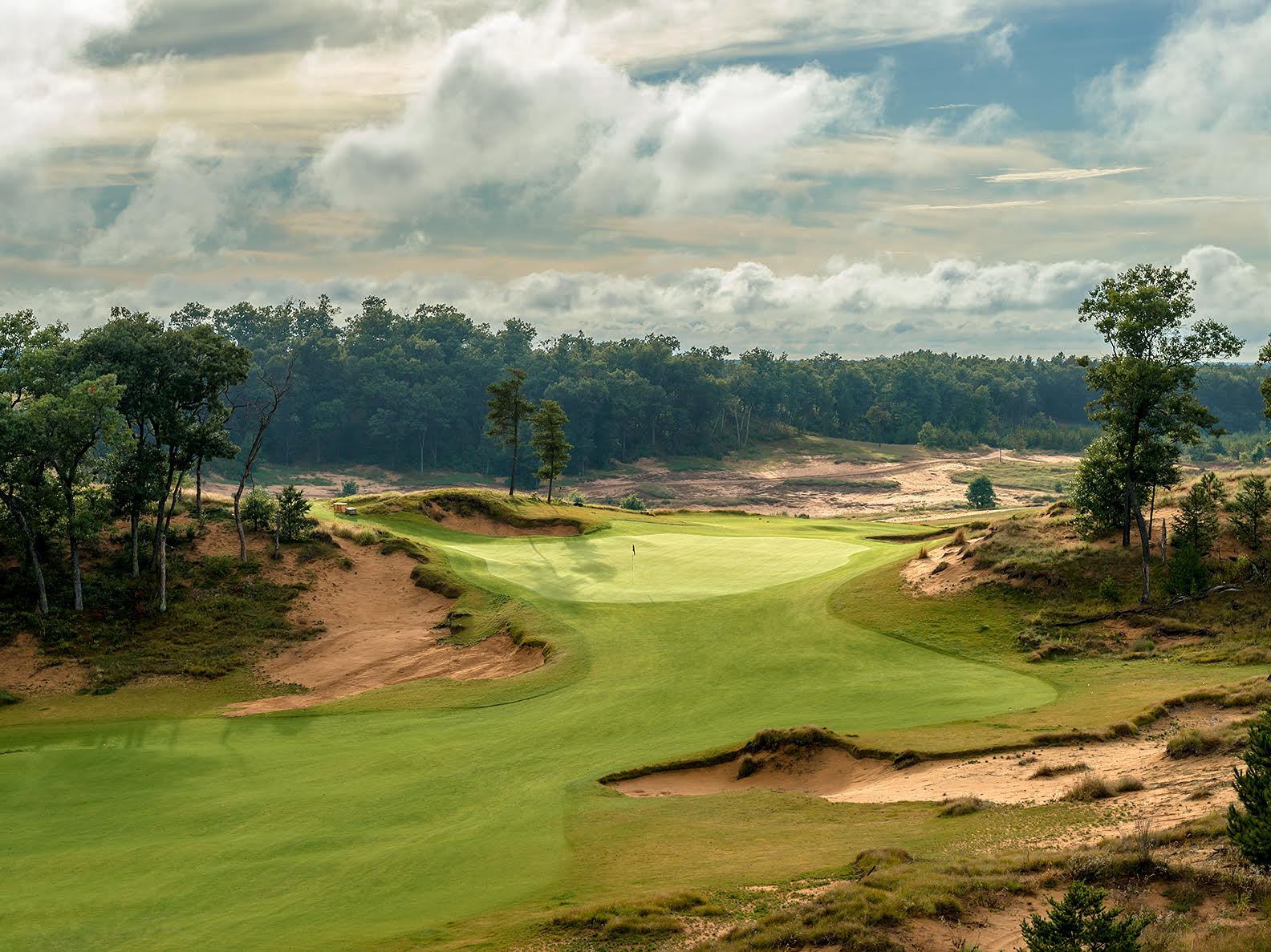 What specific courses do you aspire to photograph?

I’ve never been to Australia or New Zealand and there are great courses, new and old, that I’d love to visit. Among them would be Tara Iti, Cape Kidnappers, Kauri Cliffs as well as Royal Melbourne. Those are at the top of my list. I’d also love to go to Lofoten Links in Norway — that looks amazing.

If you could change one thing in golf what would it be and why?

The illusion under which golf is sold to the public. Which is — ”If you get better it will make you happier.” The entire industry is based on it. If it were true, golf professionals and the people playing on tour would be the happiest people in the world.  After all, they are the epitome of getting better. 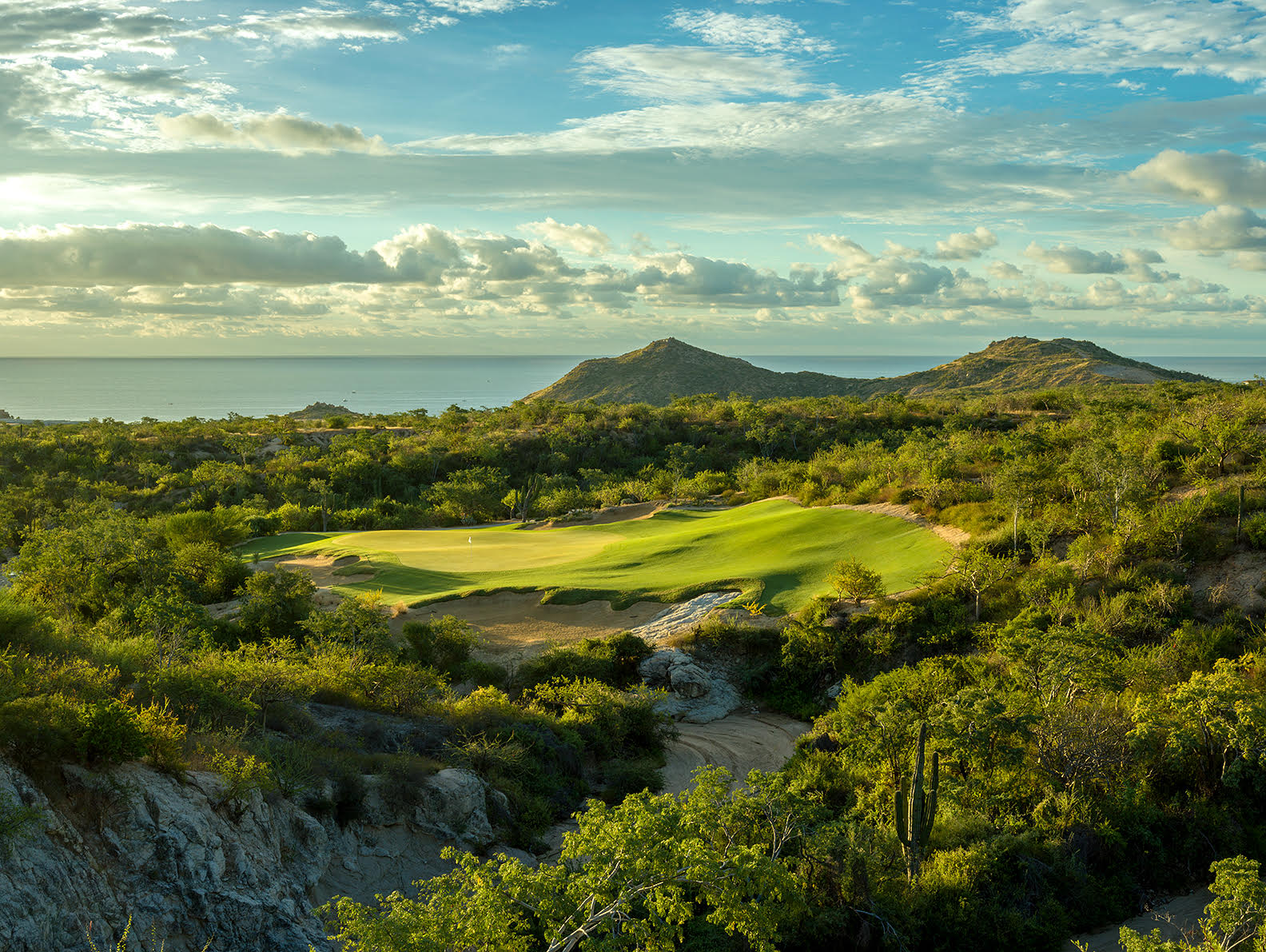 For those interested in photography — what specific types of cameras would you recommend using?

I get this question quite a bit. It all depends on what you want to use it for — what you plan to shoot — as well as your budget. Do you want to shoot landscapes, wildlife, portraits, golf courses? Your equipment might vary slightly for each. Budget? Do you want to spend $1,000, $2,500, $5,000? I generally recommend people look at those questions and then checkout the reviews in your price range.Most people will want to use a Digital Single Lens Reflex (DSLR) camera and there are many available at various price points.

I’m responsible for everything in the frame — so, make it interesting. It caused me to look and actually see what was in the frame. From the bottom right hand corner to the top left, I take all if it into account when capturing a photo. It could be including a cloud or a certain shadow or bush on the bottom.  Or omitting something that might detract from the photo. The advice was given to me by a fellow photographer a long time ago who’s name I don’t recall.