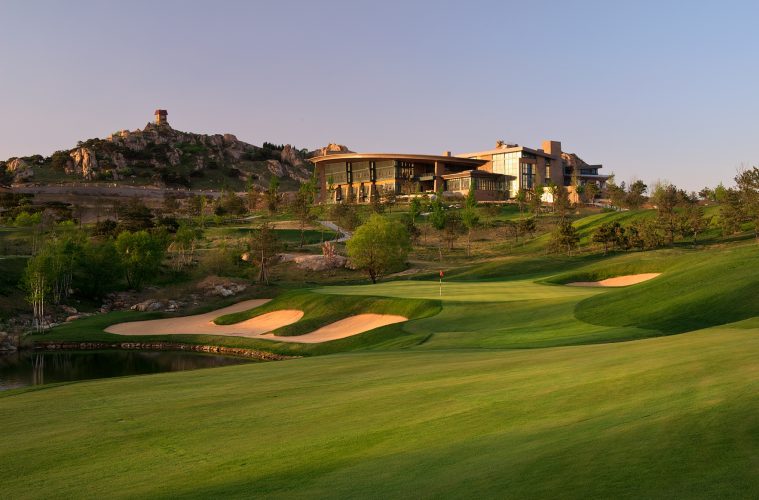 Brit Stenson was hired by the PGA Tour in 1984 to be the project manager for the TPC at Avenel, where he had been in charge of the Avenel community overall master plan. He was subsequently made the PGA Tour’s Director of Construction (1986-1989) and then Director of Design (1989-1991).

In 1991 IMG hired him to be its in-house golf course architect designing with 20 different player- signature designers over the next 27 years.

Brit Stenson has been an ASGCA member since 2005. 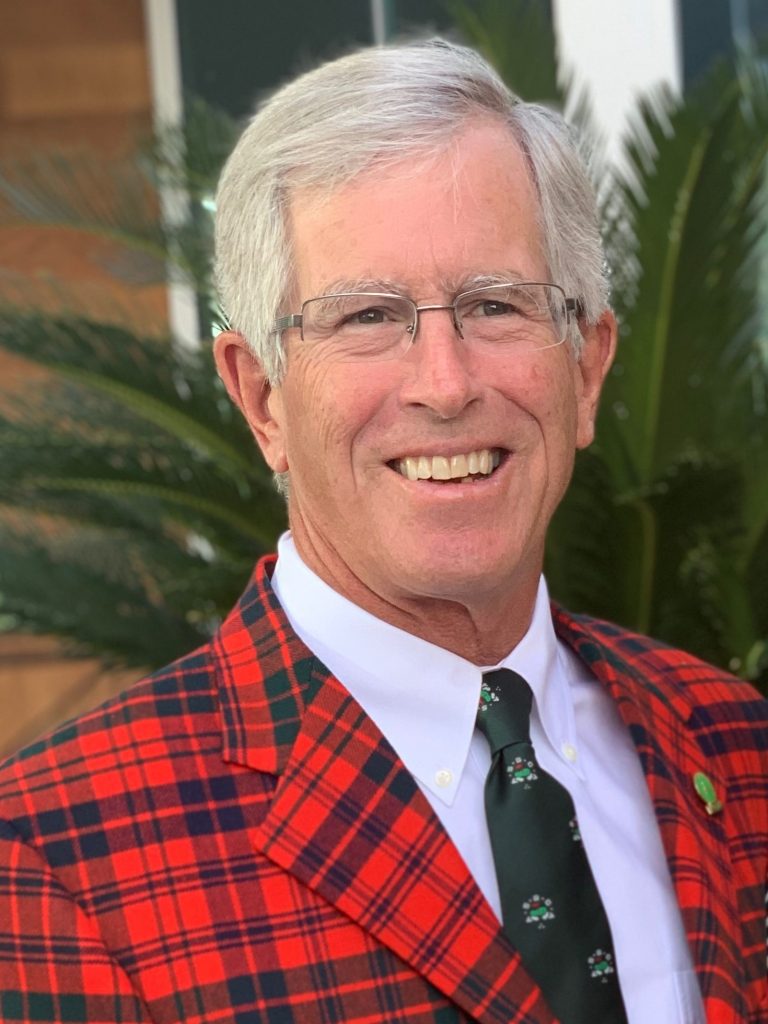 My path to being a golf course architect started in 1984 through my intersection with Deane Beman and Vernon Kelly when TPC at Avenel was being prepared to serve as the new home for the Kemper Open.

I attended the University of Virginia School of Architecture in land planning and landscape architecture hoping to get into golf course design but had not yet found an entry to the profession. I was responsible for the community master plan at Avenel, working for a large architecture/engineering firm in the Washington D.C. area doing residential and commercial site planning.

When we got through the complicated approval process for the community and the course, the PGA Tour hired me as the project manager for the course construction, my first golf course job other than caddie.

After Avenel, the Tour moved me to Ponte Vedra where I oversaw construction of several other TPC courses. Deane Beman, maybe a frustrated golf architect in his own right, then decided to let us design several TPC courses in-house, so I worked with Bobby Weed to design TPC courses in Las Vegas, Tampa, and Connecticut.

In 1991, IMG hired me as an in-house golf architect to work with several of their prominent golfer clients, including Sir Nick Faldo, Colin Montgomerie, and Bernhard Langer. We did courses at first almost exclusively with signature designers and in later years increasingly under our own IMG logo.

So, while I didn’t really have a typical apprenticeship or design a golf course until I was 40, I was very fortunate to design over 70 courses, mostly all over Asia, during my time at IMG. I guess I was in the right place at the right time when the Tour came to DC, and I walked through that open door and really never looked back. 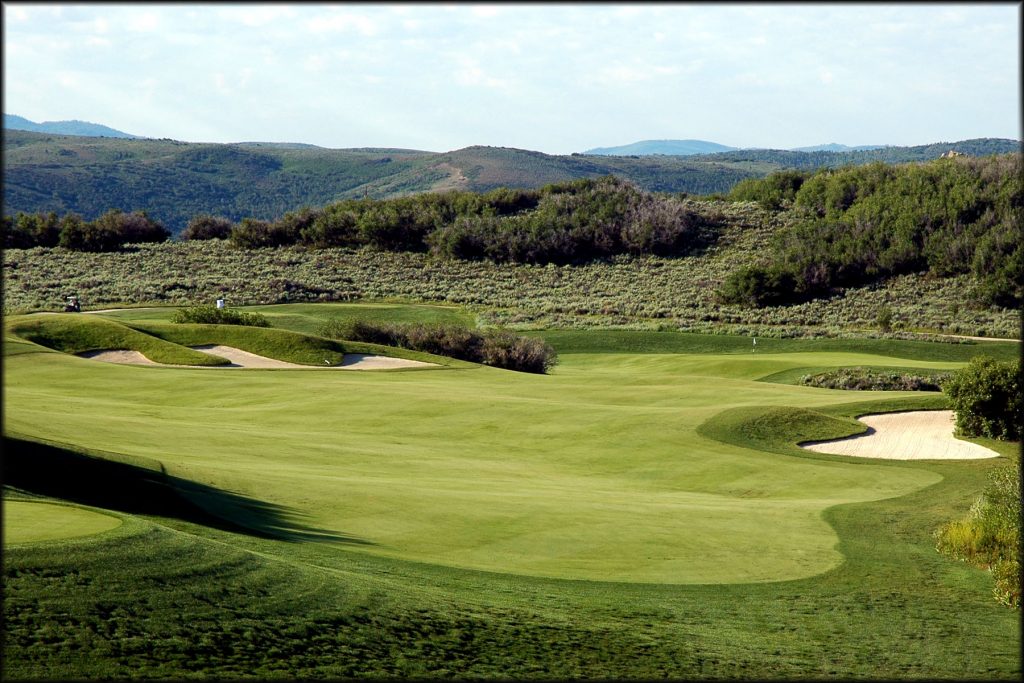 The ASGCA just had its annual meeting in Rhode Island and you were selected to be president. How meaningful was that to you?

Being selected president of the ASGCA is something I never anticipated. When I look at the list of past presidents, I am both humbled and honored. It is a unique and wonderful organization.

What does the “eye” of a professional architect see when creating a course that the average golfer fails to truly appreciate?

Not many golfers truly appreciate the topography of a given site, but the professional architect knows that it affects everything from drainage and playability to aesthetics and defense of par.

The ability to route a golf course over a raw piece of ground, incorporating existing and created topographic features is both a challenge and about the most fun one can have as an architect.

When you arrive at a course as simply a golfer — what’s the first thing you notice and why?

I love a golf course entry experience that gives one a small glimpse of what is to come; the landscape context, the conditioning, the bunker style.

Sometimes I am fooled, but most of the time I have a pretty good idea of what the day will bring.

A number of environmental groups have viewed the golf industry in the least favorable light. What kind of bridge can be implemented between the golf community and those on the environmental side?

Perhaps it is interesting to note that ASGCA created an Environmental Committee before the National Environmental Protection Act and the EPA was created in 1970. While we in the golf industry continue our ongoing environmental stewardship and focus on making golf ever more sustainable going forward, we also need to increase our outreach to others, including environmental groups, to increase the understanding of the benefits golf courses provide for communities and the climate at large, creating valuable recreational open space and wildlife habitat for the evolving urban fabric.

To that end, the ASGCA has recently joined the European Institute of Golf Course Architects and the Society of Australian architects in signing a Golf Development and Climate Action Pledge to strengthen our commitment toward climate action.

Speed of play is a critical issue for golf’s future. What kind of educational outreach efforts from ASGCA do you see being created / implemented that can help on this front such as reducing the speed of greens and playing from forward tee locations?

Pace of play is at least in part structural — green speeds, course teeing lengths — but it is also in part cultural. ASGCA has several publications available on its website dealing with pace of play and the provision of more forward tees, including the innovative, data-driven Longleaf Tee Initiative. We spent a substantial part of our annual meeting this year discussing green speeds, and the inter-related issues of green slopes, size of greens and firmness of playing conditions generally.

It is important for us as architects to make sure clients understand the potential impacts of those structural elements on pace of play. But there are cultural elements as well: greens committees and memberships that want those fast greens, golfers playing from tees that don’t match their games, the lack of “ready golf” actually being implemented.

All it takes, after all, is for each member of a foursome to take one extra minute per hole to add well over an hour to each game – and every game behind them.

Water usage has now become a central point of emphasis for many key golf stakeholders. It is also conceivable — and likely — that additional water restrictions will be implemented by various States going forward.

What role does ASGCA play in that matter and how will you as president move forward the debate on that critical subject?

Water usage is clearly critically important in many areas of the country and the world. It should be treated as a precious and limited natural resource everywhere.

Many of our members in areas where water usage is severely restricted focus much of their work on reducing turfed areas and providing native drought-tolerant landscape alternatives. Innovations in irrigation efficiency, water recycling, bio-filtering, water harvesting, turfgrass science and naturalized landscapes are all working to reduce the use of water for golf courses.

Again, the ASGCA website has several publications on this subject, free of charge.

I would reduce the explosive nature of the modern golf ball, as it affects so many aspects of the game: longer courses, larger properties, more use of limited natural resources, more costly to maintain; all making the game less sustainable.

The golden age architects warned about newer balls overwhelming older courses, and we are seeing that now with young elite golfers routinely hitting the ball well over 300 yards in the air. It changes the very nature of the game, and I would argue that the extra distance does not in itself make the game more fun.

It was just as much fun and as much of an advantage to hit the tee ball 280 yards versus one’s opponent’s 250-yard drive as it is to hit it 340 yards to one’s opponent’s 310 yards. And strategic play, also a fun aspect of the game is sacrificed as well; bomb and gouge may be effective, but it is boring.

The USGA and R&A are moving ahead with a yet to be announced game plan on dealing with the distances golf balls are now attaining.

What do you believe they should do on this subject and can such a “new” ball be good for both the elite players at the highest of levels and those at the club level? Can a golf solution be workable for both groups?

Golf’s governing bodies have known for a long while that the ball’s distance needed to be rolled back at some point, and it is good to see that some change is on the horizon. I used to think a limited “game ball” for the professionals made sense, but it is apparent that that is a hard line to draw.

Elite college players are hitting the ball at least as far as the pros, and there are probably some ex-college players where each of us play that do the same. If the ball is rolled back 10-15%, I will gladly move up a set of tees to make the adjustment.

You’ve got a bucket list of four (4) courses you wish to see / [play that you have never visited. What would they be and why?

My bucket list has way more than four courses, but here are four I need to see. Bandon Dunes; I can’t believe I haven’t been there yet — I am also only counting this as one destination.

Royal County Down; I have been to Ireland eight times and Northern Ireland three times and each time RCD has been closed to us for tournaments or something. Crystal Downs; I am a big fan of MacKenzie and I have heard such great things from so many golfers.

Prairie Dunes; it has been on my list for a very long time. I love seeing great routings on great natural properties.

What do you think the old-time great architects such as Donald Ross, A.W. Tillinghast and Alister MacKenzie, to name just three, would think of how golf has evolved since they were active in designing courses?

I think the golden age architects would have been of two minds. They would have been disappointed in how little the ball’s distance has been controlled, and maybe a bit sad that the game is now played in the air instead of more along the ground and over nature’s bounty of contours, often minimizing strategy. They would have been appalled by the pace of play; five-hour rounds! No thanks.

But they would have marveled at the conditions and the presentations of golf courses now, and the fact that they often look mature on opening day. They quite rightly would have been amazed at the range of site types that can now accommodate good golf and the ability of golf course architects to move earth and create beauty where little existed before.

For more Brit Stenson and ASGCA info go to: www.asgca.org