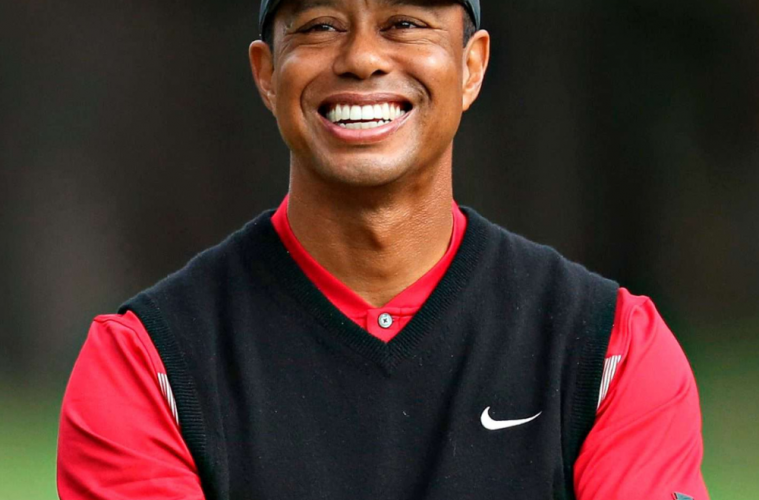 On the heels of his 2021 win, Tiger Woods has again topped the PIP list for 2022. The Player Impact Program was implemented in 2021 as a way to reward members who, through a series of metrics, are shown to drive the most positive interest in the PGA Tour. The program was expanded in 2022 to include the top 20 players and $100 in total payouts, up from 10 players and $40 million last year. 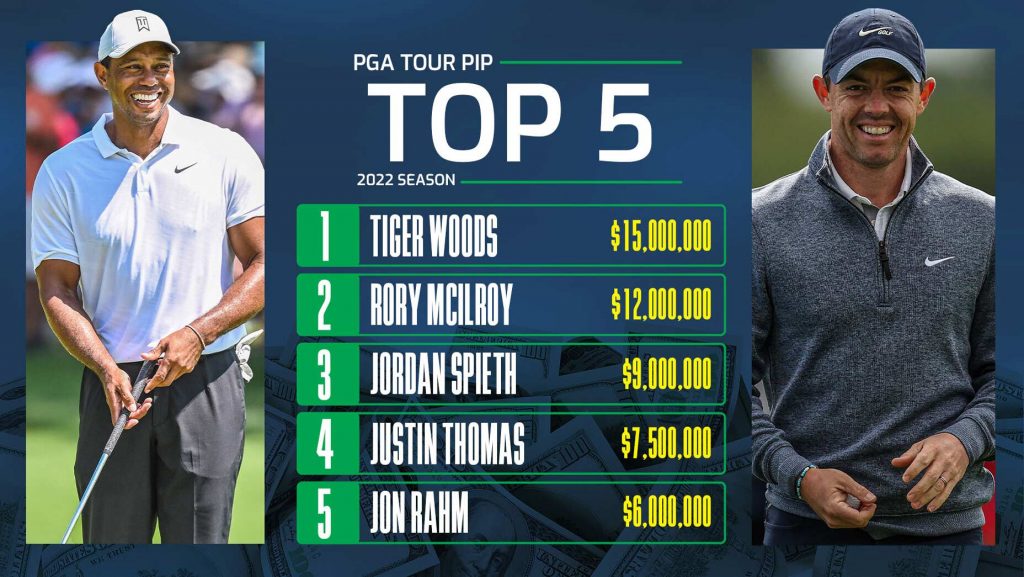 With Tiger Woods playing just three events in 2021-22, you might think he’d be lower down the list when it comes to golfers with the biggest earnings this season, especially with just $60k in winnings from events.

However, the PGAs Player Impact Program (PIP) completely changed the year’s fortunes for the legendary golfer, offering a massive payout for awareness generated within the sport. Scored on rankings such as social media or article mentions, simply put, the award is given based on how marketable that golfer was. Tiger Woods earned a $15 million payout as a result.

Scottie Scheffler, by comparison, took home $14 million from playing 25 events (the most of any other golfer in the PIP rankings) and was only awarded $5.5 from the PIP, totaling $19.5 in winnings overall. 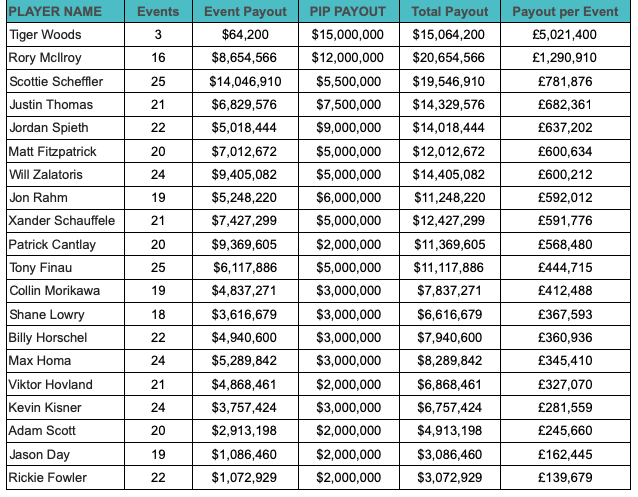